I think the intro I originally wrote for this piece is pretty solid, so I’m gonna leave it be. As for the interview itself, my only regret is not pressing Lee harder about the failure of the MD.45 project. What can I say? I was star-struck (in my world, this guy is like Bruce Willis).

JG2 GETS SCHOOLED BY LEE VING 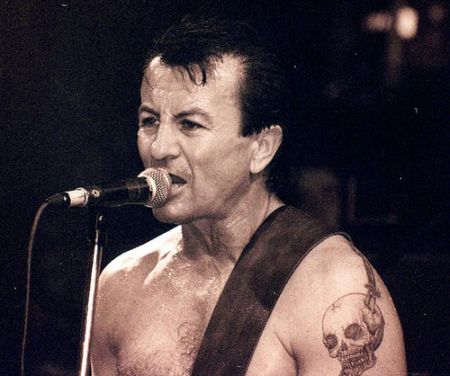 Countless rumors surround Lee Ving, mysterious frontman for punk agitators Fear. Is he the bastard son of one of the Bowery Boys? Did he actually get his start as a singing waiter? Did he really schtup Madeline Kahn on the set of Clue? None of that came up in our interview. Instead, I focused on the real issues – Flea, beer, and that infamous appearance on “Saturday Night Live.”

JAMES GREENE, JR: I seem to recall reading something recently about a FEAR box set. Is this a reality or just a figment of my imagination? At any rate, what is the current state of Fear?

JG2: Is the box set going to contain any Fear rarities, like “Hank Williams Was Queer?”

LV: No. All Barbara Streisand tunes.

JG2: A-ha. Many interesting characters have passed through the ranks of Fear. One such character was Flea. How exactly did that happen?

JG2: Did it have anything to do with the film you two made, Dudes?

JG2: Do you still keep in touch with him?

JG2: It’s my understanding that you played some acoustic gigs recently. Have you ever considered doing a whole acoustic solo record?

JG2: What do you make of this whole Dead Kennedys fracas?

LV: Who are they? What fracas?

JG2: Ouch. You did a record with Dave Mustaine a few years back called MD.45. How did that come about? Was it ever intended to be more than a side project?

JG2: Do I sense some animosity here?

LV: No, Capital [Records] just made sure the project failed. 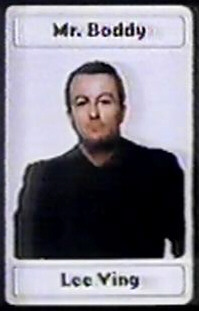 JG2: I’ve been trying to avoid the cliché Fear questions, but after all these years, I am still fascinated by your appearance on “Saturday Night Live.” They show so many embarrassing and controversial moments from other episodes in syndication constantly, yet Fear’s wild performance they never rebroadcast. Why is that? I mean, did Lorne Michaels just throw the tapes away or something? Is NBC just a bunch of pricks?

LV: They are timid, lacking humor, and scared of their own shadows.

JG2: I agree. Mr. Ving, you like the beer. Is there any particular brand you just can’t stomach?

JG2: Have you seen Chuck Biscuits lately? No one seems to know where he is.

LV: I don”t know that name.

JG2: Chuck Biscuits…he was in Black Flag, D.O.A., uh, FEAR at one point, I believe…anyway, Gibby Haynes once stated, “It’s better to regret something you have done than something you haven’t done.” Would you agree with this philosophy?

JG2: Alrighty! Are there any musicians out there today that you’d really like to collaborate with?

JG2: Man, that would be some fucked up shit right there. Chick Corea alone…well, Mr. Ving, thanks for your time.