Casting The Live Action “Futurama” Movie That Will Inevitably Be Made

…Once Hollywood completely runs out of ideas. See if you strongly agree or violently disagree with my casting choices here. 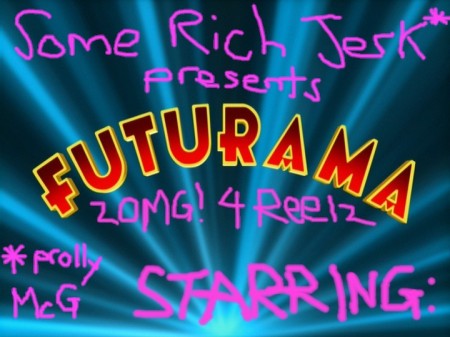 Okay, he’d probably have to wear a wig, but he’s got the right energy. Fry is basically just a dimwitted version of Jimmy Olsen, and that’s exactly who Sam played in Superman Returns.

ACCEPTABLE SUBSTITUTE: that slouchy kid from The Squid and the Whale, Jesse Eisenberg (he’d also have to wear a wig).

She’s sexy, she’s spunky, she can do action (as evidenced by the X-Men movies), and it doesn’t seem completely unrealistic that she’d take pity on Sam Huntington and go out with him.

Okay, the robots in this imaginary “Futurama” movie would probably be all CGI or whatever, but I think it would be a real hoot to just slap a cardboard robot costume on Robert Downey and have him drink and swear through the whole thing. It would be a delicious pun on his Iron Man stature. 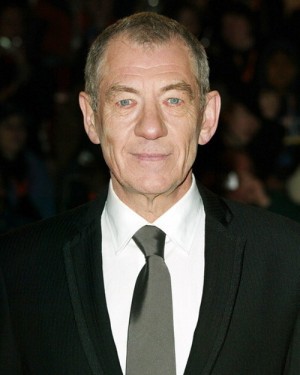 Good news, everyone! Who else could play the eternally out-to-lunch fossil that is Hubert H. Farnsworth? No one, I tell you, no one!

ACCEPTABLE SUBSTITUTE: Weren’t you listening? No one! 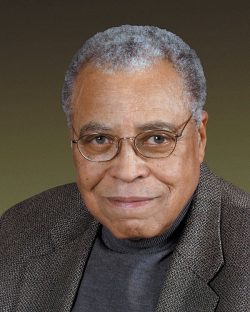 I know Hermes is supposed to be much younger. I just want to hear James Earl Jones say all those crazy Jamaican expressions in an obviously fake accent. 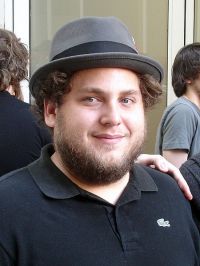 Same concept as Downey in robot costume—Jonah Hill would just be doing a terrible Zoibberg impression in a really shitty lobster costume. Just imagine him doing the voice and the movements and you’ll be sold. 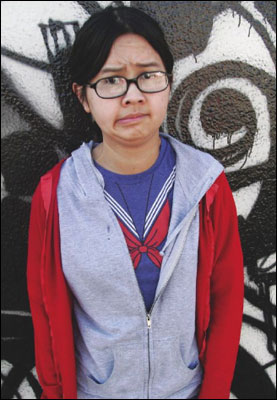 You may remember her as the stoner girl from Knocked Up. She could probably do Amy justice.

ACCEPTABLE SUBSTITUTE: I want to say Rosario Dawson, but that would clearly take a job away from an Asian-American actress. So I don’t know.

Slap some old guy makeup on Scott here and you’ve got Wernstrom.

Come on, like you wouldn’t pay eleven bucks to see Tyrese as Barbados Slim, mocking a clearly flustered James Earl Jones. That could be a whole spin-off movie!

Again, I’m straying from the source material. Cubert is supposed to be six or ten, and this kid’s already almost twenty. I bet he could pull off prepubescent still, though. Give him a haircut and dress him like a chump. Look, no clone is perfect, right?

ACCEPTABLE SUBSTITUTE: The kid from Jerry McGuire or maybe one of the twins from “The Suite Life.”

ABE SAPIEN FROM HELLBOY as Kif 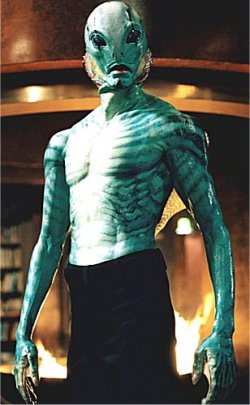 Oh SNAP! Perfect. Just lose the real fishy parts and there’s your Kif. David Hyde Pierce can even do the voice again.

ACCEPTABLE SUBSTITUTE: Mr. Burns from the “X Files” episode of “The Simpsons.”

The quintessential looks-nice-but-is-probably/definitely-a-huge-bitch-behind-closed-doors actress (in my opinion, at least).

Okay, I’ll admit, this is a bit of stunt casting, but I think these two could pull it off sans medieval garb and silly accents. Audiences would get a kick out of seeing their triumphant return as an old married couple.

ACCEPTABLE SUBSTITUTES: The mom from “Everybody Loves Raymond” and Jerry Stiller.

I don’t think he’s as built as Zapp, but look at that face. I mean, just look at that goddamn face. Does that say hollow, egotistical action buffoon or what?

Sold on the mustache alone.

I can easily see this guy loading up the spice weasel. 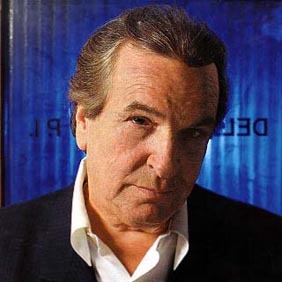 Audiences love to see this guy yell at people in a pizza shop. He can do double duty as Sal, the fat Bronx guy who puts an ‘s’ on the end of all his words.