1. Weezer – White people immediately latched on to the rock band Weezer when they first appeared on the scene in the mid-nineties with a winning combination of fuzzy grunge pop, kitschy 1970s references, and an endearing “aw shucks” underdog persona. As with most rock groups, though, it has proven difficult for Weezer to maintain a consistent level of quality over the years; for reasons that remain unclear, white people have taken this as a personal affront from the band. Every time Weezer has released a new album in the past ten years, it has been almost instantly rejected by Caucasians who claim the band “gave up” after their initial success and resent their “laziness” and “lack of creativity.” 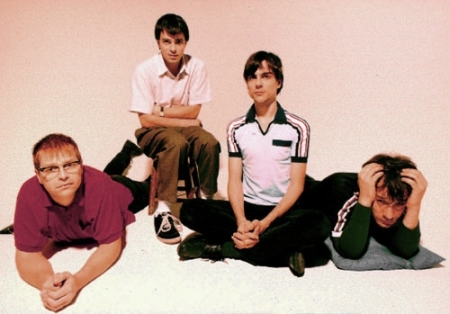 Weezer circa 1994. Their introverted, goofy image struck a chord with millions of white people who wished the cast from Revenge of the Nerds would form a band.

One possible theory for this strange cycle suggests that white people hastily pegged Weezer’s lead singer Rivers Cuomo as the logical successor to Kurt Cobain’s songwriting legacy (the first Weezer album was released just a month after the latter’s suicide), applying Cobain’s beliefs and ideals to Cuomo. Thus, white people feel betrayed that Cuomo and Weezer have not “stayed true to their roots,” engaging in various “soulless corporate rock” shenanigans like filming videos with Muppets and collaborating with Kenny G. While other races might view most of Weezer’s antics as merely silly or a good-natured display of humor, white people have been known to insist the band is purposely not being serious in order to irritate their own fan base (which is the entirety of white people).

For more thoughts on the current state of Weezer and their relation to white people, click here.

2. “30 Rock” – Debuting in 2006, “30 Rock” is a half hour sitcom that is quickly becoming the television equivalent of Weezer in white society. The comedy follows the exploits of a head writer for a weekly variety show; created by and starring Tina Fey, the program is based on Fey’s own experiences working on “Saturday Night Live.” Such meta humor is immensely popular with white people, who time and again have embraced programs with the quirky general feel of “30 Rock” (see “The Simpsons,” “Sports Night,” anything involving Gary Shandling). The cast of the show is also stacked with actors white people have been proven to adore: Alec Baldwin (who remains beloved despite his reputation for berating children), Tracy Morgan, the fat weirdo from that Dave Matthews Band video, and Fey herself.

While “30 Rock” has remained consistently popular amongst television critics over its four seasons and has won several major awards, white people have been complaining about its decrease in quality since season two. Specifically, they seem incredulous that such a “smart” and “witty” show would “lower itself” to participate in network television stunts. Examples include the cross promotion of former NBC employee Jerry Seinfeld’s Bee Movie in season two or the alleged “stunt casting” of major movie stars like Salma Hayek and Steve Martin in season three. 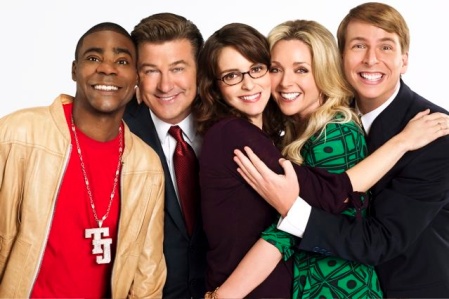 The cast of “30 Rock.” Unlike “The Office,” another NBC sitcom white people like to complain about, “30 Rock” is not adapted from anything British.

Recently, “30 Rock” complaining has revved up considerably, as a number of white people who are actually also television critics have openly expressed their beliefs that the show is in “dangerous decline.” Apparently “30 Rock” is no longer “one of the funniest” shows in history but merely a “B minus” program in a current state of “malaise.” While a B minus is still an acceptable and desired grade in many parts of the world, in the realm of white television it is akin to a D plus.

Despite all the complaining, it is clear white people hold a reverence for “30 Rock,” as evidenced by the following dramatic quote (courtesy of Nathan Rabin, noted white person and TV critic):

“I’d almost rather not write about ’30 Rock’ than write negative reviews.”

3. Late Night Comedy – Late night comedy—that is, televised comedy that generally occurs after 11 P.M. on weeknights—has long been a topic white people relish complaining about. This is interesting because approximately 95% of the programs that have made up late night comedy in the past four decades have been practically interchangeable. Generally, the format is as follows: a white comedian (or “host”) spends an hour chatting with an ugly musician while simultaneously entertaining visits from celebrity guests and engaging in absurd bits of visual humor.

Yet there appear to be many subtle and unseen layers to the bevy of late night comedy programs white people have argued about over the years. For instance, most white people will tell you that “Tonight Show” host Johnny Carson was the best late night comedian because he was “classy” and “sharp” while “The Chevy Chase Show’s” Chevy Chase was the worst because he was “awkward” and “depressing,” despite the fact both of these men wore similar suits, sat behind the same basic kind of desk, and more or less sported the same haircut. 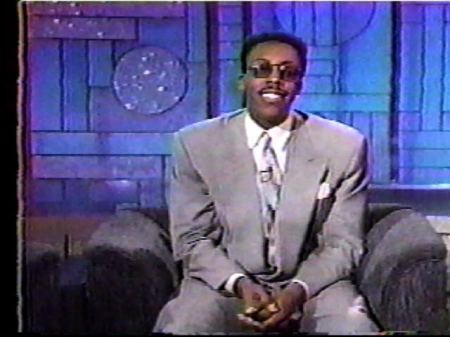 Arsenio Hall, one of the few late night comedians in history who was not white. His show, “The Arsenio Hall Show,” was popular for a few years in the early nineties thanks to the host’s extremely long fingers and his ability to make ordinary people bark on command.

Similarly, white people love to converse about the “broad humor” of “Tonight Show” host Jay Leno versus the “sarcastic quips” of “Late Night” host David Letterman; to the outside observer, however, the only difference between these two men are how they light their studios. One should of course never suggest this to a white person in the heat of a Leno/Letterman discussion, as they take late night comedy preferences very seriously and have been known to attack when provoked. It is widely believed that former President Bill Clinton murdered his friend Vince Foster after Foster called Letterman an “East Coast elitist with no connection to the American people.”

4. The Weather – Actually, everybody likes to complain about the weather, regardless of race. 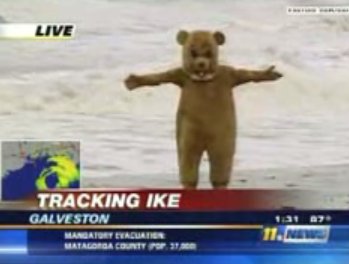 “Can you people believe this fuckin’ shit?”

2 responses to “Stuff White People Like To Complain About”