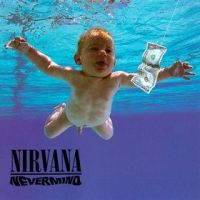 Audiophile blog the Lost Turntable has been all over the twentieth anniversary rerelease of Nirvana’s Nevermind, calling out everyone involved for simply jacking up the volume of the record and ruining the aural dynamics that made the damn thing so interesting in the first place. Unfortunately, nobody else in the world really seems to care, probably because they all figure iPod earbuds are slowly deafening society and everything’s gonna need to be five times louder soon anyway.

The blame lays in many hands for letting Nevermind fall victim to the Loudness War (record label, surviving Nirvanas, etc), but if one person could be fingered as being solely responsible, it’s probably audio engineer Bob Ludwig. Ludwig’s Gateway Mastering handled the re-diddling of Nevermind, and why not? The guy’s won some Grammys. Bob had also, up until this point, been pretty outspoken about the Loudness War, making presentations against it at audio engineering conventions and the like. As such, it seems a bit odd he’d contribute to the menace via the album that CHANGED EVERYTHING (i.e. murdered Michael Jackson’s career).

On Wednesday, the Lost Turntable hit Bob Ludwig up on Twitter to ask him why Nevermind’s reissue is too friggin’ loud. Ludwig’s response? He got straight paid to crank it into the red. 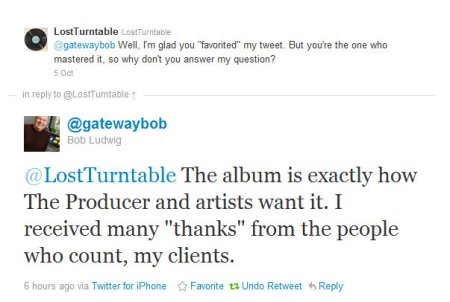 Remember, kids: The people with the money are the only ones who count. The rest of us peons, the ones who are appreciating all this art on a day-to-day basis? We can just frig right off. #OccupyBobLudwig