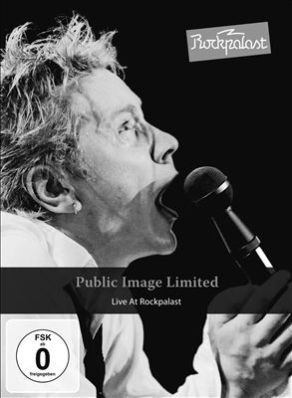 New wave pioneers Public Image Ltd weren’t playing by anyone’s rules when they began their semi-atonal assault on pop music in the closing chapters of the 1970s. Case in point: The group refused to hire a new bass player following founder Jah Wobble’s desertion in 1980 and simply crafted their next studio effort, 1981’s Flowers of Romance, as a largely bass-free exercise. Such laissez faire attitudes would change by 1983, however, when clutch PiL guitarist Keith Levine was dismissed for drug abuse. Front man John Lydon, realizing he needed something going on between his own shrill shrieks and the throbbing work of Killing Joke drummer Martin Atkins, hired a smattering of anonymous session musicians to fill out his musical assembly. Dubious, perhaps, but it seems to have saved the former Sex Pistol from ending up a BBC game show host.

Then again, it could be argued that employing session musicians fit in perfectly with the early marketing concept that Public Image Ltd was more business conglomerate than rock band. If Pizza Hut or CVS has to fire somebody, they swoop up the next most competent candidate who comes through the door, regardless of how many members of the Clash they’ve fucked/punched. Certainly, the physical appearance of bassist Louis Bernardi irritated me as I viewed Live At Rockpalast (it’s like Rod Stewart had a baby with Phil Collins and gave it a guitar!), but sonically Lou had no problem aiding in the recreation of PiL’s famously fractured tone.

The same can be said for guitarist Joseph Guida and keyboardist Arthur Stead, who filled out Public Image for this performance in Germany on Halloween night of 1983. Close your eyes and you’ll hear the swells and chaos of the music, not the awkward “rock guy” faces Guida insists on making throughout the gig. Lydon, for his part, is totally on from beginning to end, lazily stalking about (iron-clad stare firmly in place) as classics like “Annalisa” and “Solitaire” angrily peel from his mouth. There isn’t too much prosthelytizing or even joking from Johnny between songs—which is fine, as it keeps the focus on his haunting vocal work.

The only segment that qualifies as a misstep on Live At Rockpalast is PiL’s empty stab at “Anarchy in the U.K.” Call me old fashioned, but I think that’s one vitriolic punk rock anthem that should never be paired with the the dainty noise of an electric piano (or a wanky one note guitar solo over the final verse). Making up for that nonsense is a supplemental interview in which John Lydon is his usual charming self—quietly intense, hilariously blunt, and unexpectedly candid. Asked if there’s any pressure in being a celebrity, Lydon replies with perfect measure, “Of course not! I love it. I’m an egomaniac.” As if not hiring a bass player for three years didn’t tip us off.