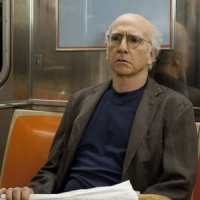 Would a video game called Larry David Simulator merely follow the venerable comic through an average week in his life or would it be more of a “career mode” thing where you get to navigate Larry through his time at “Fridays” and “SNL?” Would it be a traditional RPG or a first person shooter (don’t ask me what Larry David would shoot, aside from venomous barbs and wild hand gestures)? Say you can’t cut a deal with Larry David to actually voice himself in the game—who do you get instead? Does Bill Hader do a passable LD impression? Would the making of the game be more interesting than the game itself?