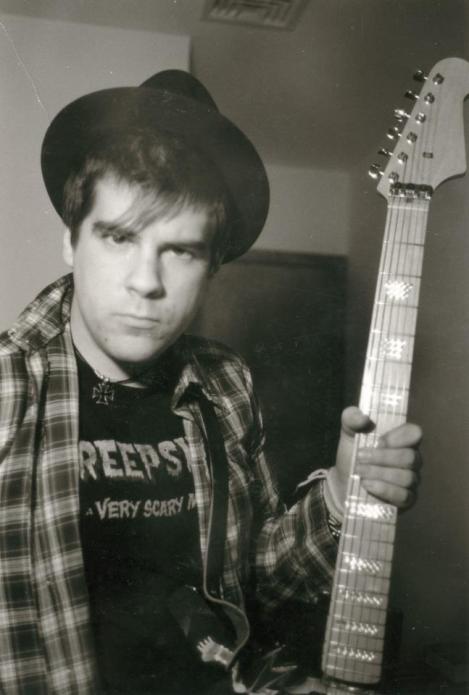 Combining bone-snapping speed with Borscht Belt wisecracks, Adrenalin O.D. smeared their name across the 1980s hardcore punk landscape with a handful of albums unmatched in livid throttle and unexpected guffaws. The perfect encapsulation of this comes two-thirds into the band’s 1986 platter HumungousFungousAmongus when no frills blast “Survive” crash lands into a rather faithful / nimble cover of the Jean-Joseph Mouret classic “Rondeau” (couch potatoes know this 17th Century cut better as the theme from “Masterpiece Theater”). Identity crisis? Maybe, but also oodles of fun.

Adrenalin O.D. recently reunited for a white hot show at the Stanhope House in their native Garden State; a week later, guitarist Bruce Wingate was kind enough to spare me some time to chew the fat about the reunion, his life, and Adrenalin O.D.’s ultimate legacy.

JAMES GREENE, JR: What prompted this most recent reunion?

BRUCE WINGATE: Well, we usually average one every five years. There was no specific reason why [this time]. It’s funny, we ended up playing Stanhope, New Jersey, which is way out in the sticks. You think we would have played New York. I’ll admit I didn’t have high hopes going into this but I was completely wrong. The place was packed and it was awesome.

JG2: How did you end up at the Stanhope? Did they just offer you the slot?

BW: We know their booker, ’cause my other band, Diztrict Allstarz, played a show there with Mental Decay, [Adrenalin O.D. bassist] Jack [Steeple’s] other band, and yeah, it just kinda all came together. Stanhope is close to where Jack lives, actually. We decided to give the old man the shortest drive this time. [laughs]

JG: Your drummer Dave Scott lives in Florida now. Is he the only one out of range for these reunions? Is he the guy who you have to plan everything around?

JG2: Is it difficult getting back into playing those songs, or are they totally ingrained in you by now?

BW: The actual playing, there’s a good portion that’s muscle memory. There were some shows in nineties we played that we didn’t practice for, we just went in and did them and they were fine. Now I don’t think we could do that. Admittedly I did make one or two flubs at the Stanhope, but no one noticed. It is hard to do, to play this fast now.

JG2: I imagine these reunions maybe yield some personal evalution. Do you feel like you’re in a good place in your life?

BW: Yeah, you know…lately it’s been a period of self-reflection for me. I just saw my family…I only see my parents maybe once, twice a year, and I Just turned fifty…it’s a little overwhelming. We also just lost a good friend of mine, Bill Bartell from White Flag. There are a lot of friends who are no longer with us. But all in all I think I’m in a good space. [Even though] I’m fifty and unemployed. I got laid off in July and now I’m on blood pressure pills. It’s funny, I sailed into forty feelin’ on top of the world, I had a couple twenty year old girls chasing me…now I’m going into fifty unemployed and medicated. [laughs]

JG2: What was your job that you got laid off from?

BW: I worked for a fabric company that sells high end stuff. I managed the library and dealt with distributors and stuff. Despite my official title I was sort of a jack of all trades.

JG2: Are there songs you guys in Adrenalin O.D. disagree about playing now? Like songs some of you don’t wanna play that others do?

BW: We err toward the earlier stuff, like [songs from] The Wacky Hijinks of Adrenalin O.D. We’ve never performed any HumungousFungousAmongus deep cuts, we’ve never played anything off Cruising With Elvis In Bigfoot’s UFO…and that last record [Ishtar] is just not discussed. [laughs] Playing that stuff would be like learning a new song. 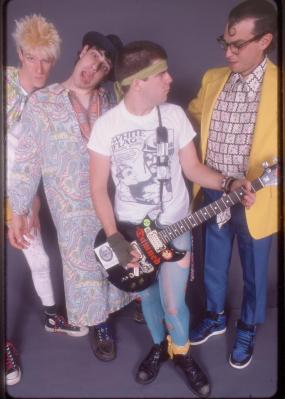 JG2: AOD has a bit of a jokey reputation. Are you ever aggravated that people don’t take the band more seriously? Because you guys did play way faster than most bands and achieved a pretty unique blur of noise.

BW: Yeah, it’s that weird New Jersey Cancer Alley “Swamps of the Meadowlands” thing that gave us heft. I take good amount of pride in the fact that people from all sorts of different genres namecheck us. On the pop punk side, there’s Screeching Weasel, NOFX, Lifetime, and then there are the thrash bands, like Nuclear Assault…and a couple years ago that Norwegian band Darkthrone was citing us. It’s really, really cool. Not that I’m bragging, but I am fucking bragging.

JG2: What stretch of time in the band was your favorite?

BW: Rolling into HumungousFungous was really good…the tour we did in ’85 that preceded Fungus, we were playing so blisteringly fast, there was a sense of complete mayhem when we played. It’s an amazing feeling to be hitting a chord on guitar and making people go apeshit, it’s just awesome.

JG2: Can you name the worst show AOD ever played?

BW: That’s hard for me to say. [pauses] I’m kinda stumped. Near the end [in the late eighties] when we were limping along we played at the Cat Club [in New York City]—right there, ding ding ding! Alarms shoulda been going off. We were playing with Wild Kingdom, Handsome Dick Manitoba’s band, and they wanted to go on before us. Y’know, using the “We’re old men” excuse. So we let ’em and then we ended up playing to no one, and my amp kept cutting out. Hmm, maybe that’s just the worst show I played.

JG2: Well, it sounds to me like it was crummy for the whole band.

BW: I’ll tell you another one, maybe this is more what you’re looking for…we played in San Jose with the Exploited and Dag Nasty. Just let that roll around in your head for a second. The venue was just some empty place where a kid said, “Let’s put on show!” There were no permits, no liquor license, no nothin’. There were lots of nazis in the crowd who had their backs turned to the bands and they were all sieg heiling. The Exploited and Dag Nasty got paid but we didn’t. The promoter was nowhere to be found, he just vanished. And, of course, the cops showed up. We ended up driving around later that night to all the pizza places in the area, because we heard the promoter worked at a pizza place and we needed to get paid.

JG2: Did you ever find him?