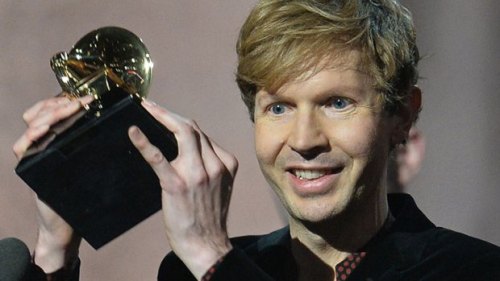 – every year we endure the Grammys and every year a not insignificant number of people are outraged when the awards fly wildly off target, as if this ceremony has ever accurately reflected anything

– theories abound that Beck’s Album of The Year win last night was the voting body’s mea culpa for snubbing his genius work Odelay! nearly two decades ago; there should just be a category called “Oops!” wherein they grant themselves the opportunity to reverse decisions from years past

– wouldn’t it be great if all this lead to a Beck/Beyoncé collaboration?

– Beck: Scientologist; Beyoncé: Illuminati demigod; they each have five Grammys now, so let’s end this pointless conflict and get back to uncovering the evidence that will prove Lorde is actually in her late forties

2 responses to “Unsolicited Odelay On Beckghazi”