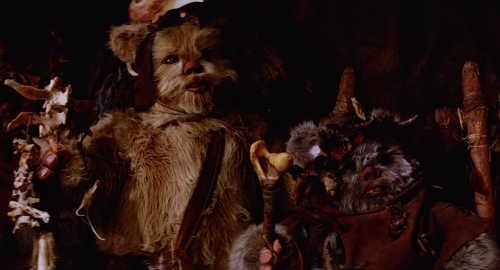 – silent film about ewok shaman Logray and his dabblings in black magic, the very dabblings that got him excommunicated from Bright Tree Village

– some kind of comedy where Albert Brooks voices the Dianoga

– some kind of Tomb Raider thing with Princess Leia

– remake of Annie Hall with ugnaughts