Nothing says flip-flops and sand in your shorts quite like extreme female metal J-pop (or however you’re supposed to classify this brilliance). I’ll be blasting this sucker all summer as I beach myself next to my parents’ pool, Shirley Temple in hand, female medium Hooters shirt wrapped around my sausage-like torso.

P.S. Indeed, I am “summering” at my parents’ house in Florida this year, so don’t waste your time combing Kings County in search of two-eyed Jimmy. The Sunshine State is where you’ll find me, marveling at this wonder the natives call “central” air. I promise to keep the “oh boy, my parents are wacky, look at this thing I found!” posts to a minimum. 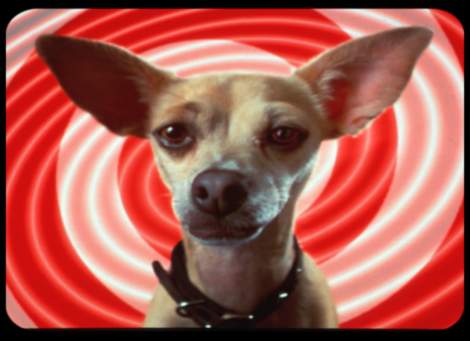 Previously published sans annotation here. This year’s lists are dedicated to Gidget, the Taco Bell Chihuahua (pictured, left), who died a couple years ago and has yet to receive a proper tribute in this country. Yes, I’m currently petitioning Congress to make her birthday a national holiday.

2011’s greatest monument to that archaic concept of rock n’ roll and the trash culture that surrounds it. Key phrases from my original review of Kill Everyone: “crushing,” “foreboding,” “hot asphalt,” “heart-bruising melodies,” “wounded pride,” “punk aching,” and “zeal.” If these guys turn out to be stockbrokers who own property in Westchester County, I will lose all faith in humanity/art.

Lou collaborates with the rock band we all assume is least aligned with his sensibilities and creates something that’s almost as deliciously painful as Metal Machine Music. Both parties must be commended for fully committing to their ridiculous union, a Waterworld for the iPod generation.

This EP of jagged hardcore punk from Sweden is only two minutes long, but it leaves some serious road burn. Pusrad manage to display a surprising amount of dexterity in their attack, leaving one to wonder why all music of this nature can’t be as boisterous.

One of the most focused and fulfilling entries of Screeching Weasel’s career. Unfortunately, buffoonery at the hands of Ben Weasel derailed any momentum First World had going, so it’ll probably take a few years for devoted pop punkers to place it in their minds next to previous towering SW efforts.

Of course thirteen would be a lucky number for this band previously obsessed with the occult, nuclear destruction, and religious jihads. Fantastic production allows Megadeth to stretch their legs a tad and gallop along at satisfying paces that don’t embarrass them. Also, they made a video with monkeys.

The Stephen Wrights of rap nail their debut album with lackadaisical but funny rhymes over beats that alternately accost and amuse. Lazy opportunists or dada novelty? Doesn’t matter when the returns are this high.

The Beasties can get away with an album of 1980s Afrika Bambaataa video game noises because they lived through that era. As insular as Hot Sauce initially sounds, it’s ultimately a party record (even when Nas shows up).

As I insisted before, BDM “effortlessly massage enormous amounts of feeling and harmony into their fist-clenching anthems of anger, pestilence, pain, and suffering.” 2011 offered no better soundtrack for all night Call of Duty finger-mashing sessions fueled by candy and energy drinks.

Death metal/grindcore is finally co-opted by J-Pop, and the results are life-affirming.

The imagery the chorus conjures up is hilarious. Can anyone imagine these guys going to the beach in the first place, let alone subjecting surfers to this noise as if it were Van Halen’s “Panama?”

Mainly for this lyrical gem: “Say you wanna die, but I think you’re a liar/I’ve never seen you at a Gray’s Papaya.”

What, did you think this Loutallica record wasn’t gonna sound like they were making it up as they go along?

The Beasties can still get all 1992 on your ass if they really feel like it.

The Foos mainline the Cult and make you hard / wet with anticipation.

9. The Black Dahlia Murder – “Conspiring With The Damned”

Hey, this death metal isn’t giving me a headache yet!

Everybody likes a little cotton candy.

Man, they just do everything better than us, don’t they?