Google, Why Are You Spreading So Many Lies? 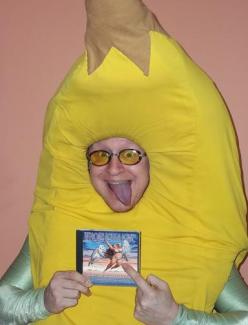 According to friends, Confessore had been struggling financially as of late, having invested greatly in a rock tribute album saluting plus-size women. The album, entitled Whole Lotta Love, features an array of ’80s rockers performing songs such as “Baby Got Back” and “Unskinny Bop.”

Whole Lotta Love was not proving as successful as Confessore hoped it would be, leaving him in the red. Matters became more dire when the Garden State native lost the home he shared with his mother; originally reported to be a foreclosure, several people close to the situation have come forward to explain that the house was actually sold without A.J.’s consent by other family members who were concerned for the elder Confessore’s own financial comfort.

Early this morning, Confessore posted a final statement to his Facebook page, which read in part: “Xanadu has been breached, my friends. Cry ‘Havoc!’ and let slip the vultures and jackals. No more past. No more future. Both have been taken away…It took just one year of Hell to undo a lifetime of hope. I am too lost to be found and too broken to be fixed. Let the Monday morning quarterbacking begin…”

Hailing from Nutley, New Jersey, Anthony J. Confessore was a dedicated heavy metal fanatic whose keen sense of humor birthed one of the genre’s most smirk-inducing characters, that of C.C. Banana. Conjured up in 2001 while en route to a Poison concert, the fruit-based mascot was initially created as a mockery of Poison guitarist C.C. DeVille’s decision to start charging fans (via sandwich board) for autographs, pictures, and handshakes.

“At some point [during that car ride] we began discussing the nonsense with C.C.,” Confessore later explained to Metal Sludge. “Apparently C.C. stands for ‘Currency Challenged?’ I looked in the back seat, and saw an enormous yellow fruit staring back at me. ‘Hey, wouldn’t it be funny if I wore the banana suit to the Poison concert?’ Lightbulbs go off over our heads. ‘Hey, wouldn’t it be funny if the banana had a sign, asking people to pay him for his autograph and pictures and stuff?’ Illumination with a brightness equivalent to the entire Poison stage lighting truss fills the car.”

DeVille and Confessore eventually crossed paths that night. Although the guitarist was initially perplexed by his fruit-based counterpart, DeVille eventually gave his blessing, peeking into Confessore’s face hole to say, “You’re pretty smart. I can tell.”

C.C. Banana would become something of a fixture at Tri-State area rock events in the early Aughts, teasing/snagging photo ops with such acts as Kiss, Jani Lane, Quiet Riot, and Twisted Sister. Outside of the hair n’ leather set, Confessore managed to get audiences with such pop culture luminaries as George Lucas and the late Gary Coleman (the Banana engaged Coleman in a lengthy, enlightening conversation about “Robotech”).

A graduate of NYU, A.J. Confessore went by “Tony” with many of his friends and was well-liked for his warmth, humor, and charm. As C.C. Banana, Confessore injected a great sense of mirth into a hoary old scene that otherwise seems to have difficulty laughing at itself. It’s so tragic that such mirth apparently vanished from his own life. The world’s missing someone hilarious now. We’ll never forget him, though, or his thousand-watt grin.

Rats off to ya, Banana Man.

Gary Coleman Would Have Been Forty-Four Today

Miss you, little man. Invariably, whenever I think of the late Gary C. these days, I remember him from the above “Ben Stiller Show” skit. It’s quite possibly the funniest non-“Simpsons” entertainment ever to air on FOX.

By which I mean today is Nick Nolte’s sixty-ninth birthday AND Gary Coleman’s forty-second. Respect to irritable 1980s icons.