Six Deaths That Altered The Course Of “Simpsons” History

I pitched this article to the current list-happy version of Cracked about a month ago and they passed. Little too depressing, they said—at least I think that’s what they said; it was hard to hear through all my tears. Anywho, the darn thing came up in conversation recently and a few people expressed interest in reading it, so here it is, in all its first draft glory (pardon the numerous tense changes).

SIX REAL-LIFE DEATHS THAT ALTERED THE COURSE OF “SIMPSONS” HISTORY

The hilarious, self-contained world of “The Simpsons” is a fictional entity whose popularity at times has eclipsed that of Jesus, oxygen, and Walter Mondale. Yet the continuity of Homer and Bart’s fake yellow world has been interrupted and altered on several occasions by real life, three-dimensional expirations. Consider now these six instances of human mortality that forever skewed the show that birthed Kent Brockman and Disco Stu. 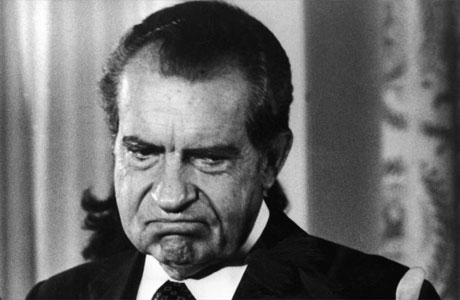 THE SITUATION: In the episode “Two Bad Neighbors,” notorious one termer George H.W. Bush moves across the street from the Simpson clan. This naturally leads to some classic hi-jinks as Bart becomes Jay North to Bush’s Joseph Kearns (or Gale Gordon, depending on which version of Mr. Wilson you preferred on the old “Dennis the Menace” TV show). After a wild climax involving a fight in the sewer and a box of locusts, George and Barbara vacate their Springfield residence, setting the stage for the entry of another infamous Commander-in-Chief.

POST-MORTEM: According to the Season 7 DVD commentary, the original choice for Springfield’s second presidential resident was perennial “Simpsons” punching bad Richard Nixon. However, Nixon died during the production of “Two Bad Neighbors,” and in a rare show of restraint, the writers decided not to kick the disgraced politician while he was permanently down. Their next idea was Bob Dole, who was gearing up for a presidential run the same year “Neighbors” aired (1996). That didn’t seem like a good gamble, considering Dole didn’t have a shred of a chance against incumbent Slick Willy Clinton. Eventually, it dawned on them—who was the only living former prez at the time who’d even consider hanging out with Homer? Gerald R. Ford. Thus, Jerry was dropped in for a satisfying “Two Bad Neighbors” conclusion. 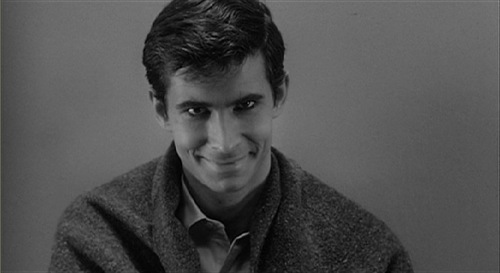 THE SITUATION: “Last Exit To Springfield,” often considered the BEST…EPISODE…EVER, centered around Homer’s attempts to unionize the workers at the Springfield Nuclear Power Plant. One of the bald guy’s major motivations for this was his daughter Lisa, who needed braces the family couldn’t afford without the company’s oft-neglected “DENNAL PLAN!” A key role in this story was that of Lisa’s evil, creepy dentist. Originally, the part was offered to Anthony Hopkins; he turned it down, as did Clint “I Work With Baboons But I Don’t Do Cartoons” Eastwood. So Matt Groening and crew called up the third bone-chillin’-est guy in Hollywood – Norman Bates.

POST-MORTEM: Psycho star Anthony Perkins gladly accepted the role as sadistic Dr. Wolfe. Sadly, Perkins expired from an AIDS-related death on September 12, 1992, before he could record a line of dialogue. Dr. Wolfe’s role was filled by jack of all “Simpsons” voices Hank Azaria (who probably endured severe psychological damage of his own during that infamous turn in 1998’s Godzilla).

THE SITUATION: Homer Simpson’s trophy case is noticeably barren in the bowling-themed episode “Team Homer.” In fact, the poor sap only has one trophy—an Academy Award for Best Supporting Actor that he stole from The Killing Fields‘ Haing S. Ngor, scratching out Ngor’s name to carve in his own. As if living under Cambodia’s Khmer Rouge wasn’t bad enough, now Haing S. had to deal with Mr. Plow swiping his Oscar.

POST-MORTEM: About a month after “Team Homer” aired in 1996, Haing S. Ngor was brutally murdered just outside his home in L.A.’s Chinatown area by alleged Khmer Rouge sympathizers. Refusing to let the actor’s memory be tarnished by Homer’s theft in subsequent reruns, “Simpsons” animators changed the Oscar in question to that of Don Ameche. Ameche, who won his statue for being all wrinkly and awesome in 1985’s Cocoon, had died in 1993 of prostate cancer. Thus, no one cared about fucking with his legacy.

THE SITUATION: Doris Grau was the “Simpsons” script supervisor, but more people knew her as the gravely voice of Lunchlady Doris. Under the guise of Springfield Elementary’s number one tater tot slinger, Doris offered up such classic lines as “More testicles mean more iron!” and a non-plussed response to Groundskeeper Willie’s passionate demand that she “grease” him up.

POST-MORTEM: Doris Grau died from lung cancer (who could have guessed?) on December 30, 1995, a scant eight days before the aforementioned “Team Homer” aired. The episode was dedicated to her memory and the character of Lunchlady Doris was retired out of respect…until 2006, when “The Simpsons” was so desperate to be good again they let Tress MacNeille take a crack at Doris’s smokey voice. The idea that “Team Homer” is a cursed “Simpsons” episode has yet to gain momentum outside of my apartment complex, but hopefully this article will help spread that around.

5. THE PASSANGERS OF THE EDMUND FITZGERALD

THE SITUATION: The Season 3 entry “Radio Bart” featured one of the most amazing musical sequences in the history of “The Simpsons”: Homer Simpsons singing the 1970s trucking hit “Convoy.” Here was one of the stupidest characters in animation history singing one of the stupidest songs in American history on one of the stupidest devices in global history (the Superstar Celebrity Microphone). Comically, it was pure win. Originally, though, Homer J. was slated to sing another Carter-era hit, “The Wreck Of The Edmund Fitzgerald.”

POST MORTEM: Gordon Lightfoot’s 1976 hit seemed like perfect comic fodder for the Simpsons patriarch until creators learned of the unique royalty arrangement surrounding the song. Lightfoot had worked it out so that the surviving family members of those who perished aboard the titular bulk carrier (which sank in 1976 in Lake Superior) had to give their OK for the song to be used in any kind of media. With a death toll of 29, weaving through those associated with “Fitzgerald” seemed like a logistical nightmare. So the producers said, “Fuck it, let’s use that dumb-ass truck drivin’ song.”

THE SITUATION: Seasoned “SNL” funnyman Phil Hartman first appeared in the Season 2 episode “Bart Gets Hit By A Car” as smarmy attorney Lionel Hutz. A classic recurring character was instantly born thanks to Phil’s talents, but he didn’t stop there. Three episodes later, Hartman debuted struggling has-been actor Troy McClure, possibly the most hilarious and iconic “Simpsons” character outside the central yellow family. Although we didn’t literally remember him from such films as Leper In The Backfield, Dial ‘M’ For Murderousness, and They Came To Burgle Carnagie Hall, we gladly pretended we did and never tired of learning Troy’s past accomplishments.

POST-MORTEM: In perhaps the most unexpected and sad Hollywood-related crime of the 1990s, Phil Hartman was shot to death by his mentally unstable wife Brynn (who shot herself the same day) on May 28, 1998. Troy McClure made his final tv appearance that September on the episode “Bart The Mother.” Fans were devastated, knowing they’d never again hear the chipper, syrupy tones of Springfield’s favorite fish-philandering thespian. Perhaps the greatest creative casualty here was the instant death of the much-talked about live action Troy McClure movie Phil Hartman was apparently very keen on doing. That certainly seemed to have more rich comedic possibilities than the live action Krusty the Clown vehicle Matt Groening came up with wherein Krusty lives in a house on stilts that’s constantly in danger of being destroyed by beavers (no lie).