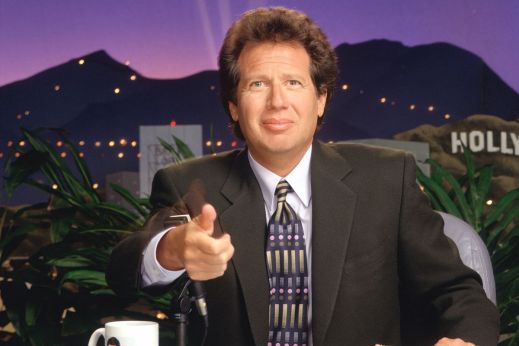 Garry Shandling was an innovator who turned a lot of comedy on its ear, but what’s more important to me is the raw, sometimes ugly emotional core of his humor. Fraying anxiety, sizzling jealousy, swampy deposits of depression—all served with flashes of that famous mile-wide grin. We hear Garry could be quite impassioned offstage, in the best and worst senses of that phrase, and that’s no surprise. It’s the nucleus of his work.

I was under ten when “It’s Garry Shandling’s Show” was airing, and even though it was difficult to understand what I was watching, I loved tuning in because it was so different. Here’s this quote-unquote sitcom where every plot device and character takes a backseat to Garry’s ongoing conversation with the viewer, a conversation that is basically just, “Wow, look at my show, isn’t it strange?” It’s a minimalist, neurotic “Pee-Wee’s Playhouse.” What if your neighbor thought he was on tv all the time but refused to play it up? What if he talked about it like the weather or a bake sale?

Later we got “The Larry Sanders Show,” a transcendent entry, a masterclass of meta comedy streaked with pathos. Garry won an Emmy Award for writing on “Sanders” but he should have received an additional one for acting. When he really wanted to, the guy could get it all into one glance or wordless aside.

Garry pops up in some of the Marvel movies, and that’s deeply satisfying. An entire generation will only know Shandling as the Senator giving Tony Stark what for in Iron Man 2, the same government creep who appears in Captain America 2. I have to admit I was waiting for him to turn to the camera in both films to say, “Can you believe this? Me, a Senator? I know, but listen, there’s some good stuff coming up, so don’t walk out yet.”

“My dog’s penis tastes bitter. Do you think it’s his diet?” 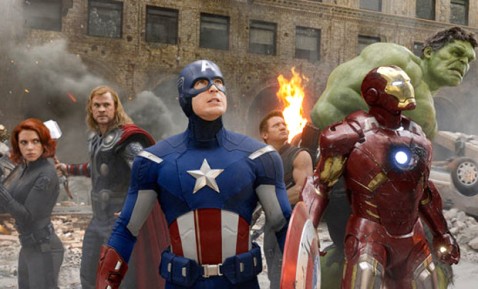 Okay, we get it
Iron Man loves “Thunderstruck”
What’s on Hulk’s iPod?

I checked out that Avengers trailer today because, duh, Captain America + Iron Man + Hulk. One moment in particular caught my eye during the onslaught of action snippets: ScarJo’s Black Widow standing (heroically?) in front of an exploding bus. Despite the massive ball of fire going on directly behind her, the Widow’s hair does not appear to move an inch. I’m glad they’re carrying over the follicle continuity from Iron Man 2. Remember in that movie when Black Widow somehow managed to perfectly crimp her hair in the backseat of a car during a high speed chase? That was amazing. They should make this chick’s super ‘do its own separate hero. 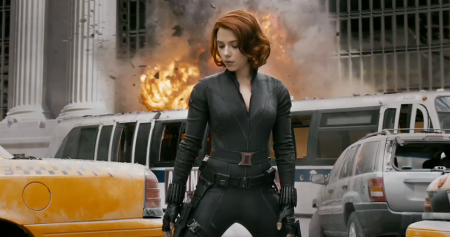