If you click but one link below, make sure it’s the Andrew Koenig story. Gets my vote for best thing ever to appear on this ramshackle e-circus.

Headlines For The Soundgarden Reunion
Carry On, You Bass-Smashing Drum God
Tobey Maguire: “I Did Steroids.”
JG2’s Bucket List
Boy Wonder To Bow Out, Spelling End To Dynamic Duo
Unsolicited Spring Break Review
Rock Critic Mark Prindle: The JG2Land Interview
On The Subject On John Hinckley, Jr.
Spring Break On The Planet Of The Apes
Darth Vader Searches For Luke Skywalker On Chatroulette
An Open Letter To Ed Helms And Jason Sudeikis
Neighborhood Follies
A Sad Gumby Would Be Almost Unbearable To Look At
Arrested In Time: The Life & Death Of Andrew Koenig
The Curse Of Turbo Man
Requiem For Bif
We’re All Gonna Get Laid: A Look Back At Caddyshack
I Don’t Know Who Aunt Barbara Is…
Ten Real-Life Batman Villains
Unsolicited Baseball: The Tenth Inning Review

Gov’t Misplaces John Hinckley’s Neckties (Or So They Claim)

The John Hinckley, Jr. play time hearing resumed this morning following a break for the holidays. Unfortunately, Hinck was not looking his best today, no thanks to his government handlers. From CNN:

Hinckley sat quietly listening to the court testimony Monday. He was wearing a brown sports coat without a tie. Hinckley usually wears a tie to court.

“[Hinckley’s lawyer Barry] Levine made a point of explaining to the judge that the U.S. marshals who escort Hinckley from St. Elizabeths to the federal court house and sit with him during the testimony require him to leave his ties at the court. Levine said no one had been able to locate the ties before the hearing began. ‘No disrespect is meant for the court,’ said Levine.”

They’re playing mind games with you, John! Uncle Sam knows exactly where those ties are! Don’t let ’em win with this pathetic attempt at psychological warfare!

John John Hinckley, Jr., What Will D.C. Do With You? 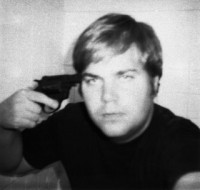 Infamous failed presidential assassin John Hinckley is back in the news this week as he campaigns for more freedom away from his permanent residence of St Elizabeths Hospital. Actually, the hospital themselves put the current proceedings into motion, claiming Jodie Foster’s most deranged fan is psychologically prepared for stays outside St Elizabeths of up to twenty-four days (as of right now, the Hinck is “only” allowed to be on leave for nine days max at a time). They eventually want to let him move out completely, which would put the final button on the Reagan shooting being a big fat inside job, don’t you think?

Perspective: Marcelino Corniel, a confused homeless man, was shot and killed outside the White House in 1994 for doing little more than waving around a hunting knife. John Hinckley, Jr., the son of a Bush elbow-rubber, landed a bullet right next to a sitting president’s heart and pretty soon he could be living on yo’ street, trimmin’ yo’ hedges and eatin’ yo’ Doritos. Quoteth Dee Dee Ramone, it’s a sick world, sick sick sick.

To be fair to John Hinckley, there’s no evidence he’s tried to go after any other member of the Reagan family since 1981. So I guess we should see what Nancy, Ron Jr, Michael, and Patti have to say about all this. Fire up the Reagan roundtable!

On The Subject Of J. Hinckley, Jr. 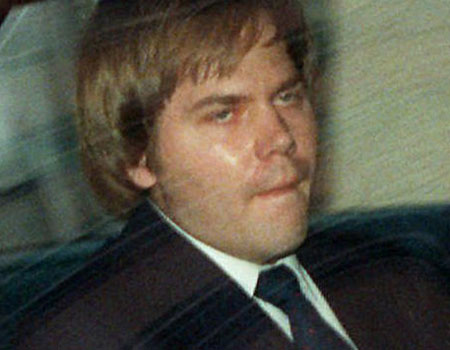 Just for the taste of it—shooting Ron!

The death of Alexander Haig renewed my interest in the 1981 Reagan assassination attempt (wherein Al dropped his famed “I’m in control” quote) and lead me to an excellent 1997 article from the Washington City Paper entitled “Stalking Hinckley.” In addition to giving a really thorough overview of the entire ordeal, author Eddie Dean also focuses on what shooter John Hinckley, Jr’s life has been like since entering Washington, D.C. psychiatric hospital St. Elizabeths. Dean visited the hospital’s grounds for a period of several days to observe Hinckley for the story. Guess what? Jodie Foster’s number one fan is also really into Diet Coke. JH sucks down four or five in one sitting, apparently.

What I found most interesting in this Hinckley article was a passage concerning the mid-nineties deal brokered between John and three of his shooting victims—former Secretary of State James Brady, Secret Service agent Timothy McCarthy, and D.C. cop Thomas Delahanty. Check it out:

In 1995, Hinckley signed an out-of-court agreement that gave the victims full and exclusive rights to his life story, including his entire intellectual property. He also agreed to cooperate with any projects undertaken by the owners of those rights. Under the settlement, the victims would keep 80 percent of the first $3.6 million paid for Hinckley’s story. Twenty percent of that initial sum—and all subsequent earnings—would be deposited in a trust fund for Hinckley, for medical expenses and a modest allowance if he’s ever released from St. Elizabeths.”

It seems John’s wealthy parents have taken care of all their wayward son’s legal fees since March of ’81 except for whatever figure Brady et al were seeking in a civil damages suit initiated some time after the original trial. Odd, but I guess you gotta draw the line somewhere. Maybe Mom and Dad had their eye on a boat. At any rate, John Hinckley had / has no money of his own (the guy’s only had like one job in his entire life outside of “crazed would-be assassin”), so he offered up his life story in lieu of cold hard cash.

I think it’s wild that the victims accepted that. Would you give a fig about the “intellectual property” of the guy who put you in a wheelchair for life? What if Reckless Abandon: The John Hinckley, Jr. Story bombs? I don’t think Rainn Wilson can carry that movie. 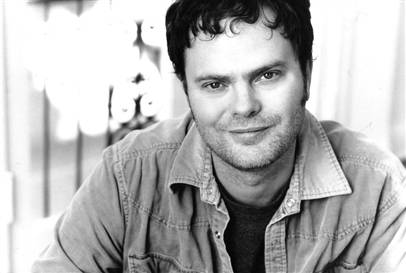 The craziest part of the Hinckley life rights deal is that St. Elizabeths won’t allow Hinck to talk to writers or directors or any professional media people about potential book / film projects. Per some convoluted reasoning, JH can’t officially go Hollywood until he gets out of St. E (if that ever happens). Of course, “Stalking Hinckley” points out that St. Elizabeths is incredibly low security. Case in point: hospital employees didn’t even hassle Eddie Dean until Hinck discovered this new face on the grounds belonged to a reporter and started wigging out. It appears any Steven Spielberg or David Fincher could roll right up and spy on John Hinckley for serious research so long as they didn’t give the game away.

Actually, you might not even have to visit the hospital to have an encounter with John-John these days. Since “Stalking Hinckley” was published, John has received federal approval to visit his mother’s nearby home for up to nine consecutive days. There’s even been talk of giving the guy a driver’s license again. At this point, the man who shot Ronald Reagan is living the life of a high school senior one week away from graduation. If they’re giving him this much freedom, why prevent him from working on publicizing his life story so the victims can get some flow? Does St. E have an ulterior motive? What’s the difference between John’s current treatment and just straight up releasing him?

I’m not usually one to go off on political conspiracy theories but everything surrounding Hinckley seems incredibly strange. This chubby schlub shot a sitting U.S. president, paralyzed a secretary of state, and wounded two other people, and he’s currently in the custody of a bare bones psych ward that lets him sleep over at his mom’s house for a full week plus. They found John not guilty by reason of insanity, even though he trailed Jimmy Carter for a time when the Georgia peach was still in power and had a clearly stated goal he hoped to achieve by popping the Prez (winning Jodie Foster’s icy heart).

In stark contrast stands the case of Lynette “Squeaky” Fromme (pictured below), who pointed a gun at President Gerald Ford in 1975. No bullets were expelled from Fromme’s gun, but she still received a life sentence in federal prison for her rude gesture. The Squeak, a former Manson girl, was paroled last year from a Texas prison for good behavior after three decades of incarceration. You can bet your bottom dollar Uncle Sam didn’t let her red-headed ass spend the night anywhere else during that lengthy time period (save the forty-eight hour prison break Fromme masterminded in 1987 after hearing her old pal Charlie had testicular cancer). 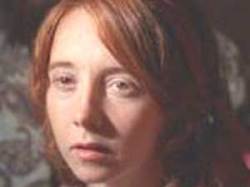 No one’s going to argue John Hinckley got a better deal because he’s prettier than Squeaky Fromme or any other gun-wielding assassin. When it comes to this Reagan shooting, I’m starting to buy more and more into that cockamamie Manchurian Candidate-at-the-hands-of-George Bush theory. The life rights thing just hits me too weird. The hospital is standing in the way of the John Hinckley movie that would ultimately serve to benefit the victims…what? And why isn’t that asshole in jail, like real jail, the kind you see on MSNBC’s “Lockup” with Professor Booty and all those other jacked-up freaks? He almost killed four people. How come I can ostensibly go visit him like a baby animal in a petting zoo? He did put a slug in the Gipper, didn’t he?

I won’t be surprised if it’s revealed forty or fifty years from now that the reason the Hinckley and the Bush families were so buddy-buddy before the assassination attempt was because John was George Sr’s illegitimate son and therefore the perfect pawn in the botched take-down-Reagan game. John Hinckley does look a little like Jeb Bush. I’m not ruling anything out until all the major players are dead.