Crowdfund My Humblebrag: The Best Of JG2Land 2012

Below you will find the cream of my bloggin’ crop from Twenty-twelve, a.k.a. the year everyone had a Mayan calendar joke. 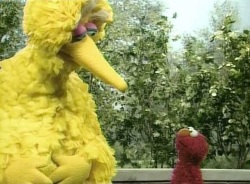 In the words of cherished poet Sylvester Stallone: Not that it’s over! Principle “Sesame Street” actor Kevin Clash has been accused by a second person of statutory diddling many moons ago (this news breaking a scant twenty-four hours after Clash’s first victim flip-flopped his story back to “yeah, Muppet Man sexed me in the wrong”). Again, it doesn’t seem like victim number two feels all that victimized as he “did not become aware” Clash’s sexing had caused “adverse psychological and emotional” damage until right now and, in lieu of contacting authorities, decided to serve his former lover with a $5 million civil suit, but hey, I’ve never fucked a puppeteer double my age.

At any rate, Kevin Clash has resigned from “Sesame Street,” peace outting as this latest sordid tale was hitting newswires. We will now see if Elmo truly is bigger than any one person as the CTW braintrust bragged when the first accuser came forward with his yarn (massive points if they retcon the past twenty-eight years and go back to Elmo’s original voice). I suppose we’ll also be treated to the specific prurient interests of Clash via sensational Gawker posts. Finally, the world will know exactly what brand of condoms Muppeteers prefer. Hooray.

So there you have it. Elmo, felled by matters of the flesh—railroaded, perhaps, into an unfair early retirement by greedy embittered ex-lovers. On the other hand, maybe K. Clash was / is a serial statutory rapist and these two cats just happen to prefer moolah to justice. Meanwhile, I couldn’t tell you fact one about the General Petraeus sex scandal because no puppets are involved and that guy should have been in hot water long ago for the shifty crud he was doing on the clock. Nailing your biographer? Whatever. Call me when Petraeus is caught in an alley masturbating to photos of the gang from “Fraggle Rock.”

Shortly after I posted my unsolicited musings on Elmogate news broke that the accuser had changed his story—he was not, in fact, under age when Kevin Clash began sexing him (and vice versa). Hey, fantastic, Mr. X remembered his birthday before he had to leak anymore salacious e-mail snippets. Now Elmo can go back to delighting children and annoying adult Muppet fetishists. Part of me is concerned abuse did take place and the accuser may have only switched his position because CTW buried him under a pile of money, but I’d be surprised in this post-Sandusky environment if anyone who truly felt victimized sexually could be bought off. At any rate, I think we can all agree the takeaway here is try not to date two decades outside your age group (especially if you work on motherfucking “Sesame Street”). 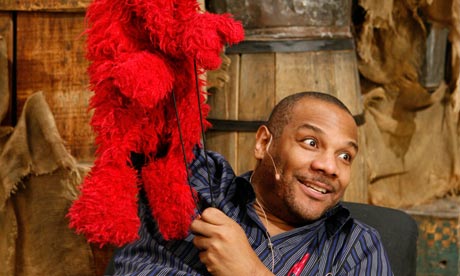 – sixteen is old enough to realize letting a forty year old give it to you might yield serious cash if he’s in a position of power [UPDATE: and here we are]

– giving it to a sixteen year old is an incredibly poor judgment call, especially when you’re forty and you operate one of the most famous puppets in the world AND you live and work in a city that easily facilitates the gay lifestyle for thousands of functioning adults