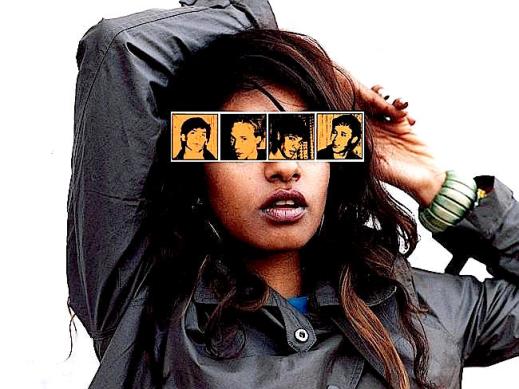 The following article was originally published in slightly wordier / clumsier form via Crawdaddy! in the year of our lard twenty-eleven.

Follow music long enough and it will slowly be revealed that many of history’s greatest band names have been used at least once before. In 1967, the year Kurt Cobain was born, Patrick Campbell-Lyons and Alex Spyropoulos formed a progressive rock act called Nirvana that experienced fine success in their native UK until the grunge explosion of the early ’90s wiped them out of the history books. Also in the UK, circa 1980, an anarcho punk band sprung forth named Anthrax; no one would ever dare confuse them with the wild-haired, rap-obsessed Long Island thrash band that came together a year later.

Don’t get me started on the two Undeads, who tolerated each other for a couple decades until the New Jersey Undead brought a trademark case against the California Undead in 2006. A Trademark Trial & Appeal Board ruled in favor of the NJ Undead because the CA Undead could not legally prove they were a band prior to 2002 (even though there are probably a few old zines lying around somewhere that could cement the fact the CA Undead existed four years before the NJ Undead). The wildest part of this kerfuffle is that the two Undeads apparently played a show together long before their legal donnybrook. Why the CA Undead waited so long to copyright their name is anyone’s guess (cough cough drugs? cough cough).

The Undeads could have learned a lesson from two competing bands in the mid-’70s named after a certain incendiary racial slur. The New York N-words (I’m not even kidding) helped listeners differentiate from the Detroit N-words by abbreviating their name to N.Y.N. Of course, paring each Undead down to an acronym probably would have made them sound like competing trade schools. CAU let me keep all the tools in my tool belt!

Besides, there were already too many punk bands wandering the ’80s with three letter names. F.O.D., A.O.D., D.O.A., C.I.A., JFA, D.R.I—granted, this trend probably made flyers more compact, but it was hard to keep track of every single group. This is probably what hampered excellent SoCal quartet M.I.A. from attaining the recognition they so richly deserve in the countless long form genre retrospectives with which we’ve been graced. Now, ever since the “Paper Planes” M.I.A. showed up, these guys don’t stand any chance of being remembered by the world at large.

Founded in 1980, the punk M.I.A. first gained widespread notoriety thanks to Last Rites For Genocide / M.I.A., their 1982 debut LP split with New Jersey’s Genocide. Offering up a tighter, angrier, and more melodic attack, M.I.A. was destined to best their Garden State pals with proto-Green Day nuggets like “Tell Me Why,” “I Hate Hippies,” and “All The President’s Skin.” Alas, M.I.A. was dissolved by the time Last Rites began burning up turntables. Singer Mike Conley, whose surfer dude vocals helped make M.I.A. so outstanding, drifted back to his native Las Vegas (where M.I.A. had existed as the Swell).

Perhaps realizing they were squandering opportunity, M.I.A. reformed in 1983 and quickly scored a deal with Alternative Tentacles. 1984’s Murder In A Foreign Place found the band just as snappy and irritable as ever, if not leaning further toward a pop inevitability other punks at the time tended to frown upon (“Boredom Is The Reason” could have easily fallen from the pen of the mighty Westerberg). 1985’s Notes From The Underground continued this trend; by the time of their final LP, 1987’s After The Fact, M.I.A. was trapped somewhere between Hüsker Dü and the Cure.

Mournful exercises from After The Fact such as “Whisper in the Wind” and “When It’s Over” seemed like blatant attempts to hijack FM airwaves, and why not? These tunes were on par with most college rock of the era. Yet M.I.A. had not totally given up their slap-happy hardcore roots: After The Fact contained the band’s mosh-ready cover of “California Dreaming,” complete with ass-ripping guitar solo and classic snot-laden delivery from Conley.

M.I.A. split up for good in 1988, fading into the ether while a spunky teenage girl of Sri Lankan heritage named Mathangi “Maya” Arulpragasam came of age in South London. Initially focused on painting, Arulpragasam graduated from Central St Martins College with a degree in fine art and began flexing her artistic muscles through graphic design (she created the cover art for Elastica’s 2000 release The Menace) and filmmaking (an offer to work with director John Singleton was turned down by Arulpragasm because he wasn’t “radical” enough). The call of music was too strong, however. Young Maya would soon abandon her other talents, dub herself M.I.A., and break out with the bouncy 2003 club hit “Galang.”

Arulpragasam has long been coy about the origin of her pseudonym. Most sources claim the outspoken artist chose the acronym to stand for “Missing in Acton,” Acton being a London suburb with which the rapper was too familiar. Of course, once “Galang” started hooking fans with its accessible yet worldly flavor, her name didn’t really matter—she could have been called DJ Fried Green Oven Mittz. Similarly exotic and danceable songs populated M.I.A.’s 2005 debut Arular; dense production combined with the vocalist’s playful, sexy rhyming won her more acclaim not only from highfalutin’ music critics but also respected American rappers such as Nas.

M.I.A.’s “Smells Like Teen Spirit” moment came in February of 2008 via “Paper Planes,” the haunting and violent third single from her sophomore effort Kala. Whatever “Paper Planes” is suggesting or reflecting—twinkling hope for the end of the Bush Dynasty, Generation Y’s detachment from their Boomer parents—America latched onto the song like the Titanic’s final life raft. “Paper Planes” was the definition of ubiquity, appearing in a plethora of commercials and movie trailers (including Seth Rogan’s zenith pot comedy Pineapple Express). Any entity that massive is going experience backlash, and M.I.A.’s definitely felt that since “Planes.” You know the world is out to get you when you make headlines for eating the wrong kind of french fries.

A couple weeks after “Paper Planes” exploded, punk rock’s M.I.A. was dealt a devastating, fatal blow: singer Mike Conley was found dead in a Chicago parking lot with a massive unexplained head wound. Authorities eventually determined Conley’s death was the result of a very unlucky fall, theorizing that the performer and father had slipped on a patch of ice and come down too hard. Friends and fans were shocked by this cruel turn and chose to celebrate Conley with a series of benefit concerts in various locations. No less than Jello Biafra and Social Distortion stepped up to raise money for Conley’s surviving family.

If there is any connection between the two M.I.A.s beyond a shared name, it’s the sense of urgency embedded in both artists’ material. As the 2001 compilation disc Lost Boys proves, even the punk band’s throwaway tracks contained a whirlwind of emotion often turgid and intensely sharp (you are not human if the fragile melody of “SchoolBoy” does not put a lump in your throat). Similarly, we do not really know exactly what the hip hop M.I.A. is going on about in her early hit “Bucky Done Gun” (even she once admitted she has no clue about the lyrics), but damned if the listener doesn’t want to automatically cave in and agree with the ill-defined, infectious agenda M.I.A. is laying out between those “Gonna Fly Now” samples.

It’s unfortunate there can never be a bill of M.I.A. + M.I.A. like the dual Undead concert that occurred six million years ago. The punks could only benefit from such a gig, and skeptical mohawks may see there’s more to current M.I.A. than clumsily executed political statements and obnoxious sunglasses. Let’s just imagine this is happening in an alternate dimension where there are also five Nirvanas, twelve Anthraxes, and no Katy Perrys.

Following the death of Mike Conley the remaining members of M.I.A. decided to reform with founding singer Todd Sampson. Tragedy struck once more in 2010 when Sampson collapsed and died after a Las Vegas concert. M.I.A. disbanded after that until 2014. Today they perform as a trio, trading vocals.

M.I.A. the rapper has remained a captivating and vital presence on the pop music landscape. In 2012, during a performance at the Super Bowl Halftime Show, M.I.A. shot a middle finger directly into an NBC camera. Furious, the NFL responded with a $16 million lawsuit against the star for “breach of her contract and flagrant disregard for the values that form the cornerstone of the NFL brand.” M.I.A. suggested she had been “sexually exploited” by the NFL and that lawsuit was punishment for “display[ing]…female empowerment” through “punk rock.” A settlement was allegedly reached in 2014.

enjoy this box
of novelty cereal
you can
because
Seth Rogen